Here are the websites of some of our fellow teams. Thanks to the close collaboration many friendships have formed. Read more about the crazy italians CWIS or LOW GRAVITY which will shoot lasers during the flight. Horace will acquire the horizont during flight with their developed sensors. And ISAAC and MEDUSA have ejectable parts that will fall out of the rocket during flight. That is true rocket science!

Here is a picture how we are split up unto the two rockets REXUS 15 and REXUS 16.

Of course to mention Team CARU, our predecessor at the TU Dresden. This Team recorded the development of Runge pictures during zero gravity. 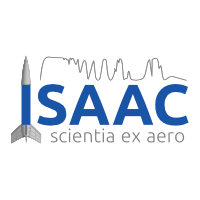 “The experiment consists of two free-falling units (FFUs) which are to be ejected from a REXUS sounding rocket. One of the FFUs will then begin emitting IR light, while the other FFU, equipped with a IR sensor, will measure the intensity in several bands. Using these measurements, the concentration of CO2 can be determined. The main difficulty of the experiment is to keep the IR sensor oriented towards the source. The developement, manufacturing and demonstration of a system mastering this attitude control problem is the main objective of the project.” (ISAAC)

“CWIS was developed and built by the Free University of Brussels, Belgium and the University of Naples Frederico II, Italy. It is designed to visualize the chemical wave produced thanks to the Soret effect in a binary mixture. The Soret effect is where small, and therefore light, molecules separate from large, therefore heavier, molecules due to the presence of a thermal gradient.” (DLR)

“As an in-flight experiment in the Rexus 15/16 programme, the “Fiber-Optic Vibration Sensing Experiment“ (FOVS) aims at the application of so-called fiber Bragg grating (FBG) sensors. FBGs are optical gratings inscribed to the core of an optical fiber. They allow for entirely optical measurements of temperatures, mechanical strain and of deduced quantities, such as vibration. Due to their properties (mechanical robustness, high dynamic range etc.), FBGs are particularly suited to cope with the harsh environmental conditions in a rocket vehicle (very high and very low temperatures, intense vibrations, etc.).” (FOVS) 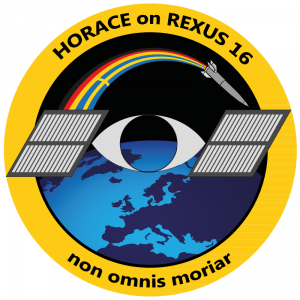 “The aim of our experiment is to develop a sensor system, which is supposed to evaluate autonomously its attitude relative to the earth. What we wanted to determine during the rocket flight was whether this approach is really apt to acquire the attitude even under stress conditions” (Horace) 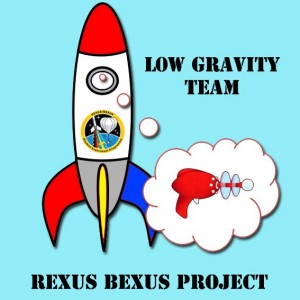 “LOW-GRAVITY, from the Polytechnical University of Bucharest, Romania, is designed to investigate the surface deformation of alloys and metals after they have been melted and welded in miligravity. It will compare these results with those achieved in Earth-based laboratories.”(DLR) 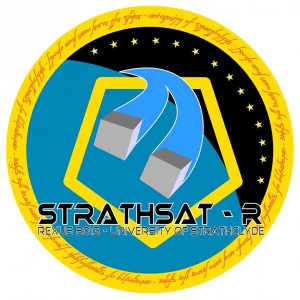 Joining our rocket very late, Strathsat took the chance of a second launch opportunity. “StrathSat-R2 has been built by University of Strathclyde, Glasgow, United Kingdom and aims to eject two CubeSats that each deploys a different inflatable structure. One is a solar sail and the other is a dynamic structure that adapts to varying conditions.” (Strathsat FB) 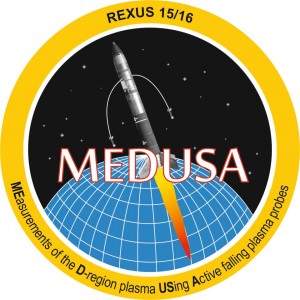 “MEsurements of the D-region plasma USing Active falling plasma probes. The MEDUSA experiment, as a part of the REXUS (Rocket-EXperiments for University-Students) project, develops a new in-situ technique probing the lower ionosphere plasma by two daughter payloads.Relative changes of the lower D-region ion density were obtained by using a so called fixed biased Langmuir probe” (Medusa)

“The aim of  the CaRu experiment  is  to  investigate  the  influence of milligravity on  the  so  called  Runge-Instability  that  leads  to  development  of  Runge Pictures.  Runge-Instability is deeply connected to the field of capillarity  as  it  describes  the  unsteady  spreading  of  the  color  appearances that come to existence when a fluid A spreads through a porous structure and this fluid A chemically reacts with a fluid B which the porous structure has been impregnated with before. Capillarity under low gravity is of interest because it can be used to transport fluid fuel in spacecrafts.” (Caru)